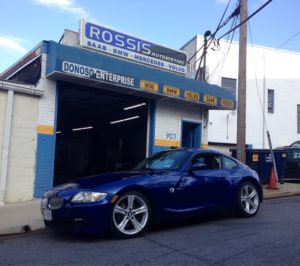 Manny Rossi was an Italian-Chilean citizen who immigrated to the US in 1980. After working for several repair shops in the area over the years he opened his own business in 1990. Steve Thomas came to work at Rossi’s 3 months after it opened, he started as a mechanics apprentice, and over the years earned ASE master mechanic’s status, became service manager and later general manager At Donoso Enterprises in Laurel, MD. Rod Donoso, Manny’s son, immigrated to the US in 1998, and came to work with his father. After Manny’s passing Rod became President at Rossi’s Automotive and Donoso Enterprises Inc.

STAY CONNECTED WITH US:  